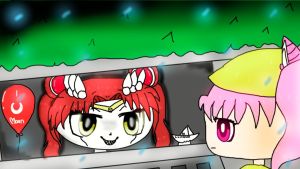 Hi!  I have decided to continue this blog full of freedom and liberty!  I will explain "clown world" in my own words.  I hope you enjoy this blog!  I hope it is informative.  I doubt not too many people will read it.  Ready?  Well here it is!  I'm gonna write a lot here, so bear with me!  I hope you enjoy what you read.  You most likely will not agree.  That's okay.  I'm not going to convince you to agree with me.  Perhaps I might change your mind, but I highly doubt it.

It turns out that liberty is needed more than ever in this crazy "clown world" we are subjected to live in.  People have low and negative energy vibrations all around and it's absolutely bonkers.  It's a truly mad mad mad mad world in the first couple of decades of the 21st century.  What went wrong?  You tell me.  I honestly don't know.  We have a U.S. President who is an absolute joke.  Let me tell you my experience with Trump supporters... they're no better than Obama supporters.  I thought Obama supporters were mad.  Trump supporters are just as mad or even more mad.  I realize that as time goes by.  You thought I was some conservative fuck?  Think again, buttercup.  I'm not for the left-right paradigm at all.  If I had to be highly honest, I lean a bit to the left... I was never a rightist or conservative.  It's weird, there's some things I agree with on the left and there's some things I agree with on the right.  However, I despise the 'Squad', which I know consists AOC and that Omar lady.  I also cannot stand Bernie Sanders as well.

"Clown world" needs to get dismantled.  It's not a cool world whatsoever.  It is an infringement on liberty and freedom to the max.  It consists of people who are absolute and total idiots from the left and right.  I have no idea how these people got into power.  This is not how the United States of America is supposed to be at all.  We have been warned about a two-party system.  The two-party system is not working at all.  People keep on voting these people in and we are making zero progress.  Oh I'm not a Libertarian either.  Libertarian Party is an absolute waste of time that no one needs to be involved in.  I'm more of a libertarian (lowercase L).  How about we ALL STOP PAYING TAXES.  Let us all simultaneously stop paying taxes in the United States of America.  How about that?  Then let's make the "clown world" politicians and anyone else involved with the world do more productive things.

I'm extremely optimistic.  I know for a fact that "clown world" will not last forever.  I know it will not last forever.  How long will this last?  I have no idea.  I don't know at all.  I hope to report to you in a future posting that it's finally over and we're going in a better direction.  So far, it's not a good direction at all.  We'll never ever have true liberty and freedom in the best country in the whole entire world.  I'm not an anarchist anymore, by the way.  I was until I read more up on it.  I was specifically an "anarcho-capitalist" and I have decided that it wasn't for me.  It's an oxymoron to me.  It's a bunch of conservatives who have hijacked anarchy and claiming it as the "true anarchism" and I know for an extremely good fact that "anarcho-capitalism" is the falsest of the false anarchy.  Capitalism fucking sucks and it's really sucking in the early portion of the 21st century.  Two decades into the 21st century it sucks.  OK, my case on why capitalism fails will be in a future posting.

In conclusion, let us stray away from the "clowns" who are creating this difficult world for liberty and freedom to shine.  We need to get away from it.  I have nothing else to say here.  That's pretty much it.  I hope you enjoyed reading this!  Thank you for reading this!
Posted by Devin Palladino at 10:49 PM

Devin Palladino
A death metal maniac and musician. I enjoy hanging out with friends, surfing the web, driving and more!